You must be a full financial member of the club to take part in the club championships. Associate  members are not eligible to be club champions or receive medals. They are however welcome to race on the day.

The aim of the Club is to recognize the participation of as many swimmers as possible. Ribbons will be awarded to all place getters in each championship race, with each younger swimmer who does not receive a place ribbon being presented with a participation award.

The points system is cumulative throughout the season so swimmers are encouraged to attend regularly. Points are awarded for participation and improvement in individual times. The Overall Club Champion is the swimmer who accumulates the most points at Club Nights over the whole season for all events. Points are calculated on the improvement of times based upon the following points scale.

All registered swimmers will be divided in to 5 roughly equal bands based upon their age. Points Awards will be presented to approximately the top 5 swimmers in each band irrespective of gender, but it will depend on the numbers of swimmers in each age group as how many towels are awarded to that age group. If it appears to the Management Committee that a swimmer has intentionally not swum to the best of their ability in order to gain an advantage in accumulating points towards the Points Awards the swimmer may be asked to show cause why they should not be penalised. The Management Committee may impose such penalty as it sees appropriate which may include not counting that time, deduction of up to 20 points from that swimmers tally and even disqualification from the Points Awards.
Swimmers will receive points for competing in all events at Club Nights. All swimmers who have met qualifying times but do not wish to swim (or find it too difficult to swim) the longer distance may elect to swim the shorter distance but will not be awarded points for lowering their best times. These swimmers will be awarded 1 point. Points received in one distance will be carried forward on graduation to longer distance events (not including the 100m and 200m events as these are considered separate events). Any swimmer disqualified will forfeit all points in that event. On the first swim of a new distance in a stroke a swimmer will receive a bonus of 4 points.
During the season a points tally may be displayed on the pool deck notice board or posted on the website to encourage children in their participation at club nights.

This is an award given at the Presidents discretion to a swimmer who contributes to the club in some unique or special way. This award may or may not be given each year.

This is awarded by the coach/committee to a swimmer who has shown an excellent attitude and achievement in club swims and competitive swimming for the club throughout the entire season.

This is awarded to a person or couple (adult) who has made an outstanding contribution to the club. It was established in 2007 to honour the memory of Alison who was a parent who tragically passed away in her forties and who herself had made an outstanding contribution to the club. The winner will be decided by the Management Committee or a sub-committee of parents chosen by the Management Committee.

If you have any questions please feel free to ask anyone on the Management Committee for assistance.
Email ThisBlogThis!Share to TwitterShare to FacebookShare to Pinterest
Home
Subscribe to: Posts (Atom)

For information on how the club works, please check the Handbook tab.
If you have any questions or suggestions we would love to hear them. Please e-mail us at secretary@gracevillelightning.org.au or come along to one of our Club Nights to see what it's like.
Parents: PLEASE DON'T FORGET TO REGISTER YOURSELF AS A MEMBER!

Our Main Sponsors for this Season are
Andrews Indooroopilly and
Miettes Patisserie of Graceville, we can't recommend them highly enough! Don't miss the wonderful meat tray raffles each week donated by Andrews Indooroopilly. Our BBQ produce wouldn't taste so good if it wasn't for the donated bread and rolls from Miettes.
We'd also like to thank Superior Fruit & Wendy's Kitchen of Graceville for their generous support. 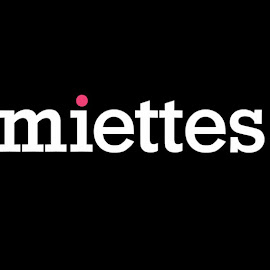